The Home Shed was our first full house together. Some unforeseen issues came up with our access to the main house so we decided to tear down our Shack Bedroom and build a full house with a kitchen, composting toilet and outdoor shower.

We oriented the house to face a different direction, built a fence across the backyard for privacy and created a separate entrance.

Because we could no longer live in the main house we had to find a temporary living situation while building. A friend who owns a few properties in Portland offered us a basement apartment which was un-rentable at the time. We still payed $700 a month for it. It took us 2 months to build this house so it added $1400 onto the total cost of building.

A few positive things about living in the basement apartment for those 2 months.
-It was in a different neighborhood so we got to explore that area and walk to new coffee shops and parks during the day.
-There was a claw foot bathtub! I had never had a bath in a house before! This is where I started doing Cold Water Therapy. 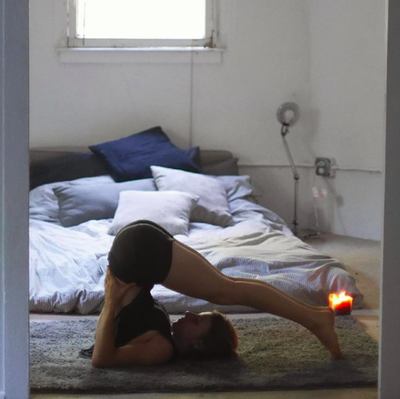 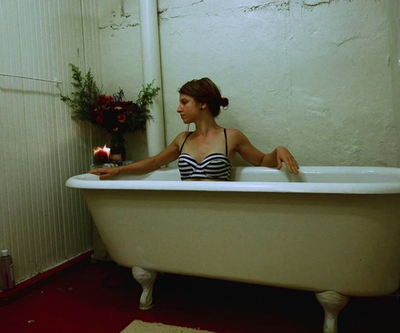 Meanwhile, we shuttled back and forth almost daily to the Alberta House to build, feed the goats and take them on walks. We started the house in the same way we built the Bedroom Shack; on blocks.

This time we were putting in a kitchen so we needed to run water from the main house. Johnny spent a long time digging a deep trench so we could bury pipes. The frame of the house went up quickly, as it does, the rest of the process felt painfully slow.

While this house was much more expensive to build, we cut costs wherever possible.

-We re-used the same Douglas Fir wood from the Bedroom Shack for the ceiling and painted it white to make the house feel more expansive.
-The floor and ceiling we built from plywood (cheap). The floor we painted dark gray and the walls we covered with a skim coat of joint compound for texture and then painted it white.
-We created a bed loft over our living room, which Johnny built out of free or re-claimed wood. Our mattress molded in the basement apartment and we couldn't afford the one we wanted so we ended up sleeping on a thin coconut husk mat. We built our couch to fit cushions that were gifted to us by our dear friends who were no longer using them.
-The kitchen cabinets were built by Johnny with re-purposed cabinet doors that we painted black
-The counter top was made of plywood and then covered in a skim coat of Feather Finish. I sealed them by melting beeswax and ironing the whole top. (cost $20)
-The kitchen sink was found on the side of the road by a friend and the faucet was a combination of old metal hose spigots and a copper pipe that Johnny bent into the faucet. (cost $20)
-Our propane stove was an old metal canning stove found in Johnny's Granny's basement. It was one of my favorite aspects of the house!
-We bought a mini fridge on Craigslist for $90 and an on-demand water heater, which was also hooked to our propane tank, for $150.

-We went with a board and batten design for exterior walls. The boards we painted black while leaving the battens wood which we stained with a vinegar/metal infusion.
-We used corrugated metal sheets for the roof.
-Another favorite aspect was the front door. Johnny decided to do a trial Scandinavian style Chevron door out of tongue and groove Douglas Fir 2x6's.

-We made a composting toilet attached to the side of the house using a 55 gallon barrel. We used Coffee Chaff from Stumptown Headquarters as a cover. Once it's full we switch it out for a new one, cap it off and let it sit for a year. At that point you get beautiful compost!
-We purchased a large metal trough tub, which people usually use for feeding animals or gardening, and filled it with cold water to continue our cold water therapy.
-Toward the end of our time there we finally built an outdoor shower! We took showers at the gym up until that point. 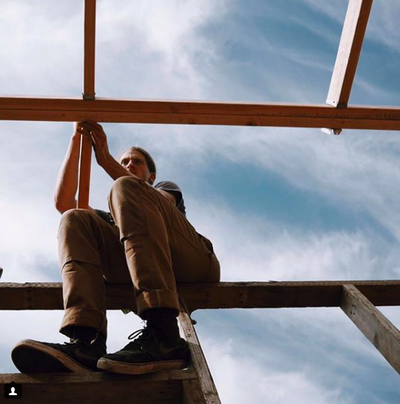 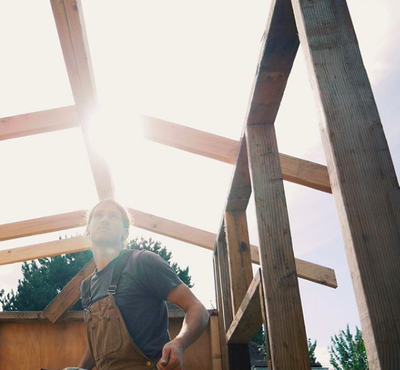 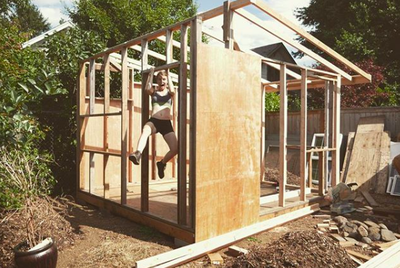 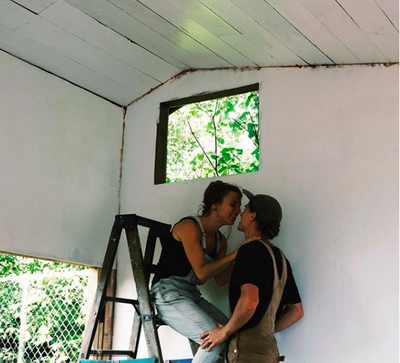 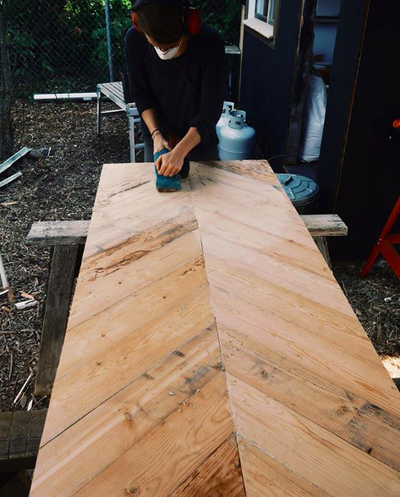 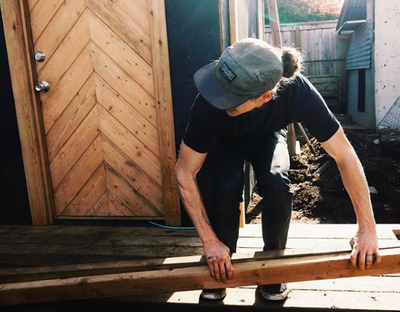 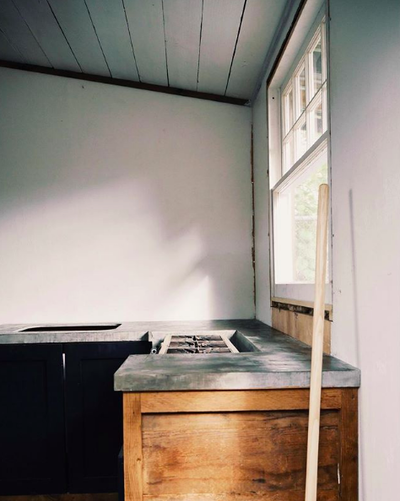 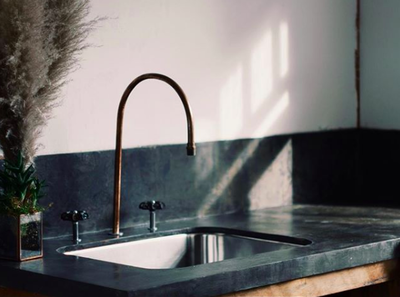 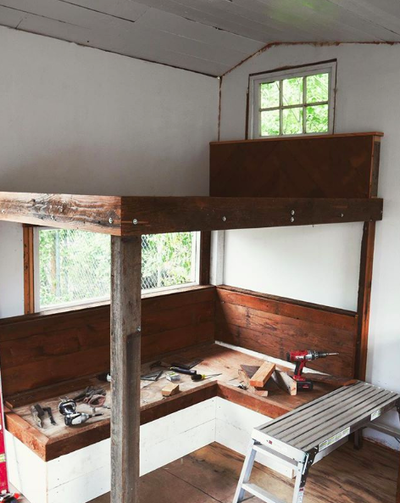 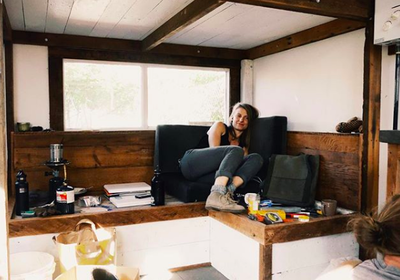 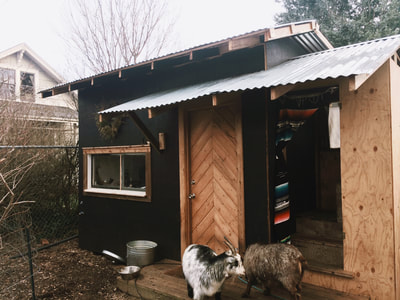 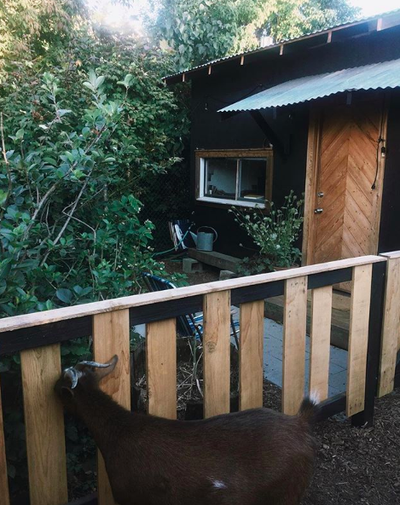 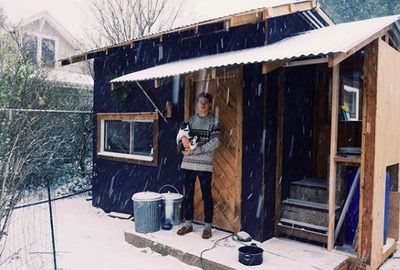 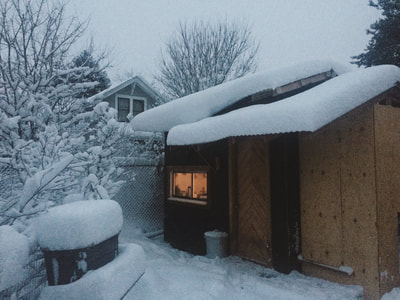 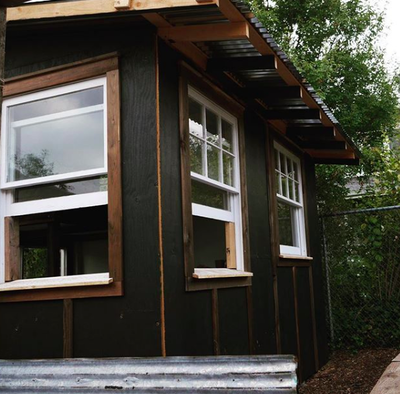 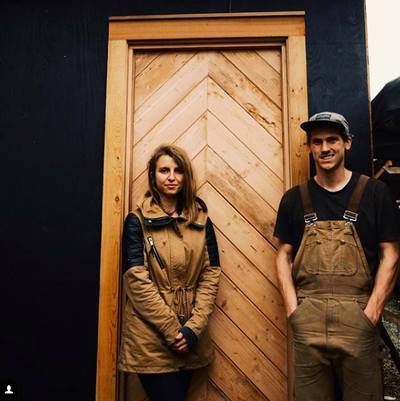 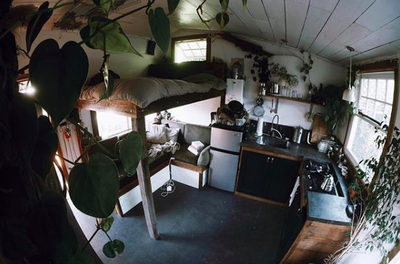 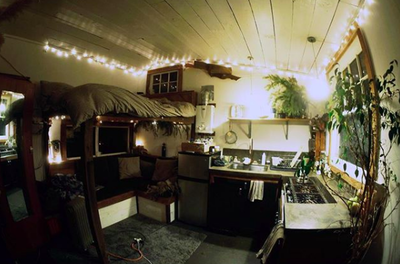 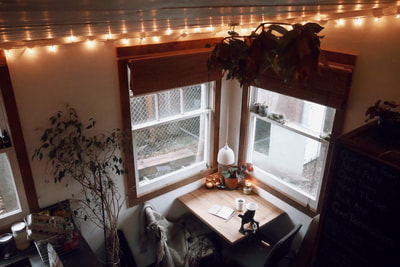 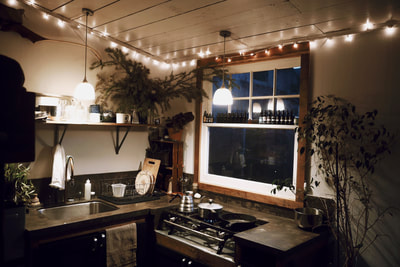 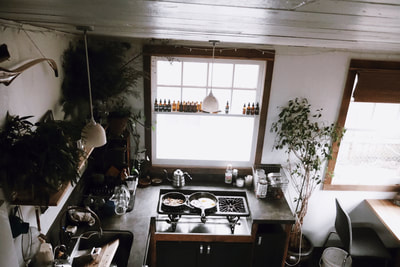 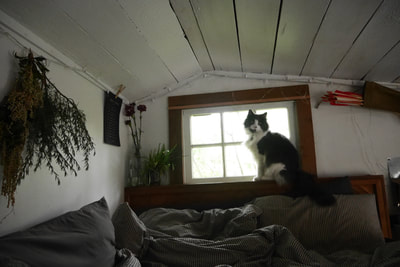 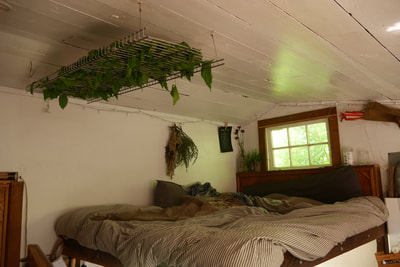 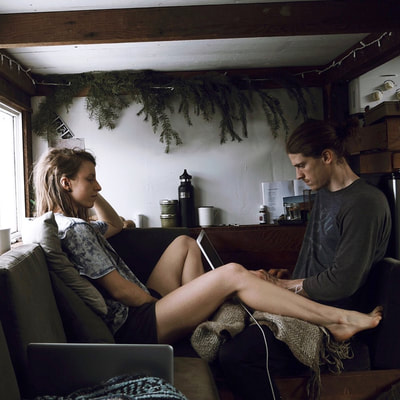 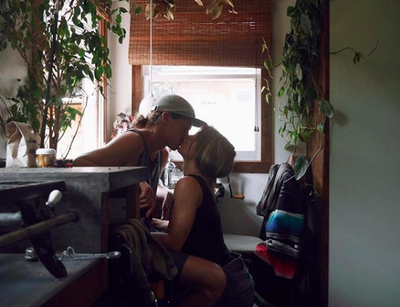 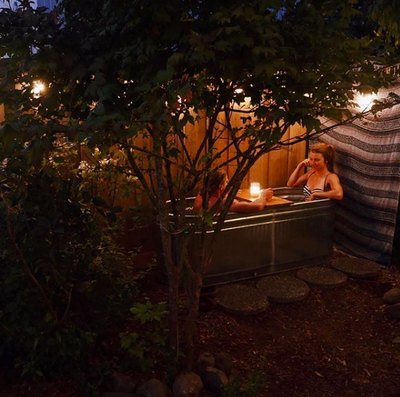 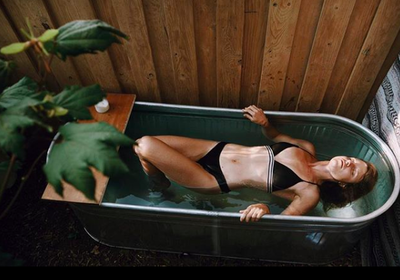 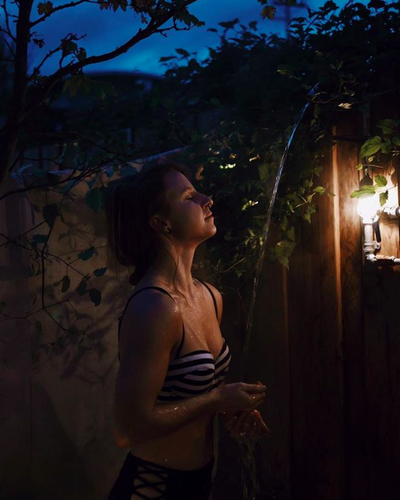 We lived in this space with our goats for about a year before leaving to live in South Africa this winter. We are so thankful for the time we called it home.